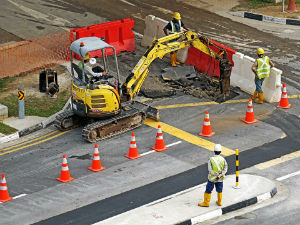 The Ohio Highway Patrol is focusing on enforcement of the Move Over Law. Drivers should be alert and prepared to move over for first responders and road workers.

The law requires motorists to change lanes and allow safe clearance for vehicles with flashing or rotating lights. However, if moving over isn’t possible, motorists should slow down and proceed with caution.

Legislators created the Move Over Law to protect emergency responders working along the roadside. In fact, in the U.S., 23 highway workers and one police officer are struck by a vehicle and killed each month. Additionally, motorists fatally injure six firefighters every year. A tow truck driver also loses his or her life every six days. Just this past year, a worker lost his life while subcontracting for the ODOT on Route 24.